I am actually reading Yapoo human cattle, a japanese novelwritten by Shozo Numa . It’s a novel about the disrepect of Japan towards himself after world war 2.
In a future, white germanic women rule a science fiction world where black people (considered as half men) are slaves and the yapoos (former japanese people not even considered as human) are used as animals or objects. Don’t believe it’s a racist book even if the theorics are here, it is not the intention, you see it clearly when you read Yapoo, human cattle. The author is japanese and in the book, japanese people are under all.
It is fascinating, sometimes shocking, it is a great novel.

The physic transformation of the yapoos remind me of my most extreme thinking of the way to use the vicissitude discipline in the role playing game Vampire the Masquerade. with a firend we made some extravagant use of it. I think I will do some more… 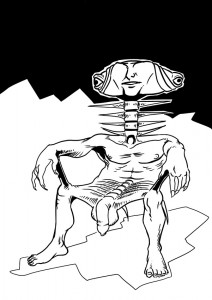 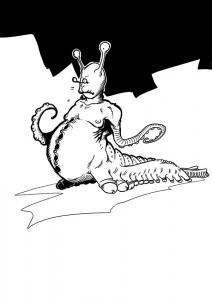 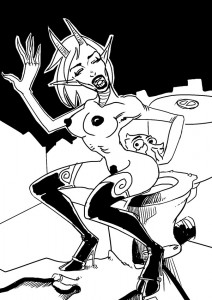 This website is about cruel women who trample men or minimen…